From Thursday 23 to Sunday 26 May 2019 all 28 Member States of the European Union went to the polls to cast their votes in the European elections. While results are still coming in from some jurisdictions, we now know the following: this is the most politically fragmented European election in history.

What you need to know

Timeline of next steps 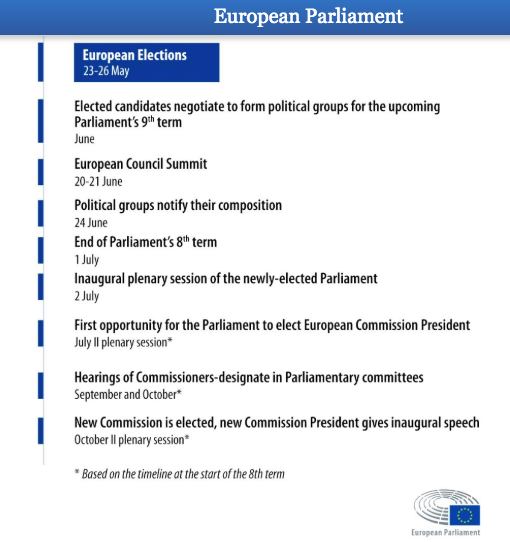 2019 is a year of significant political change in Europe. It has now, just this weekend, witnessed the election of a new European Parliament. Starting yesterday, Monday 27 May, nearly all newly elected lawmakers began organising into pan-European groups — there are currently eight — along broad ideological lines. 25 Members are needed to form a political group, and at least one-quarter of the Member States must be represented within the group. Members have until 24 June to decide on group composition.

Today, Tuesday 28 May, EU heads of state or government will meet for an informal summit in Brussels. They will discuss the outcome of the vote and start the nomination process for the heads of the EU institutions. On the 20 – 21 June, EU leaders will then meet again in Brussels to make the relevant decisions on key appointments for the next institutional cycle and to adopt the EU’s strategic agenda for 2019-2024. The strategic agenda will be used to plan the work of the European Council and will provide the basis for the work programmes of the other EU institutions. The European Council at this meeting will also select a nominee for the position of President of the Commission, President of the European Council and the European Central Bank President.

On 2 July, the European Parliament’s 9th term will begin in Strasbourg. MEPs will elect the President, the 14 Vice-Presidents and the five Quaestors of the House and decide on the number and composition of Parliament’s standing committees.

The next step will be the appointment of new President of the European Central Bank, when Draghi’s term expires on 31 October, and a new President of the European Council to replace Tusk and be in place on 1 December.   For the first time ever, it is expected that the Presidency of the ECB will form part of the political negotiations for top jobs.  Germany is keen to see Jens Weidmann selected as ECB President.  There is much speculation that if this can be agreed, the candidature of Manfred Weber, the lead candidate of the EPP and also a German, will fall by the wayside in favour of a candidate with broader support amongst the other political groups.  Frenchman Michel Barnier, who is close to Macron and perceived to have done a good job leading the EU’s Brexit negotiations, might step forward as a compromise candidate. 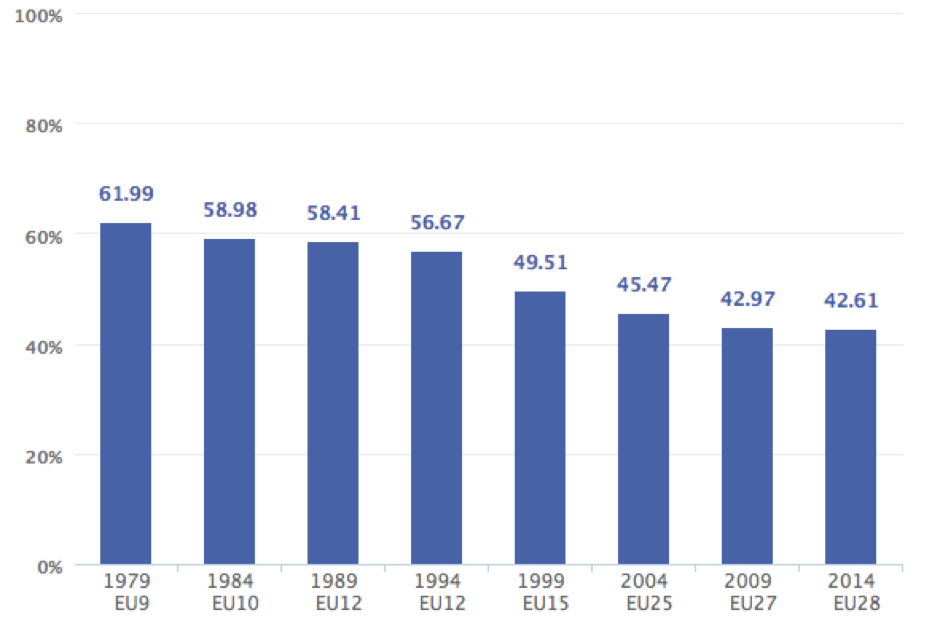 Voter turnout had steadily declined since the first election in 1979, which saw 62% of eligible citizens take part. In 2014, 42.6% cast ballots, far below the average turnout for national elections across Europe. In 2019 this trend seems to have been reversed, with the European Parliament predicting over 50% turnout. Still low, but the European Parliament will see this as cause for celebration.

The lack of interest in European elections is due to voters — and many politicians — seeing them as less important than national elections. A lack of understanding about the institution also dampens turnout, even though many policy decisions made at the European Parliament directly affect national policies.

This mentality also helps explain why smaller parties — including some of the rising nationalist groups — can gain ground at the European level while struggling to do so at home. Many citizens also use the European Parliament vote as a protest, believing that the stakes are lower. Look at Farage’s Brexit party for example. It has received a projected 31% in the EU elections but is polling far lower (12%, according to a YouGov survey carried out on Friday 23 May) for a national election. In addition to this, many smaller and newer parties, or single-issue parties like the Greens, use the European elections as a way of testing out the waters before a national election.

Almost all of the Populists parties that ran in the elections had rowed back from any previous flirtation with exiting the European Union or the single currency. Populist leaders had looked at the Brexit negotiations and discovered that leaving the EU was not such a good idea and Populist parties had realised that continuing to advocate for EU withdrawal would cost them votes. The row back seems to have worked with populists winning a sizeable one-third of the votes cast, but not as many as some commentators projected.

Implications for the functioning of the EU in coming years

Pro-EU mainstream parties will comfortably have enough seats to form a majority coalition and continue to drive the EU integration agenda, so long as they can work together. The most likely composition will be a coalition of EPP, S&D, ALDE and Greens. Between them they have more than 500 seats.  This ruling majority will of course be more fragmented and disparate than in all previous parliaments and so decision making will be more time consuming and complex.

The main risk however is less that populist parties take control of the Parliament and more their potential to create uncertainty in EU policymaking by forming tactical alliances to influence EU legislation and official appointments, particularly in the Commission, though not the College of Commissioners itself. The College’s election or rejection by Parliament requires a majority vote. Depending on whether they agree to work as a cohesive bloc (not necessarily a given), they might also end up chairing a number of parliamentary committees whose make-up has to reflect the Parliament’s composition at large.

The first litmus test in the new and fragmented political landscape of the European Parliament in 2019 will be the formation of the next European Commission, which could see a number of Liberal and Green Commissioners included. The Parliament has the right to reject Commission nominees, forcing national governments to reconsider their appointments.  This has occurred in the past with the rejection of the Slovenian government nominee (a former Prime Minister) in 2014, after a very poor performance in parliamentary hearings.  The politicisation of this process is even more probable in 2019, with a more fragmented and potentially hostile collection of MEPs anxious to publicly wield power in the immediate aftermath of these elections.

We use cookies to ensure that we give you the best experience on our website. Continuing to use this site assumes you are happy to accept cookies.AcceptPrivacy policy